Rasam (literally means essence) but translates culinarily to a spiced broth, or soup. Often served over rice, or other grains as a second course to the traditional three course south Indian meal. These days, they’ve become casually the symbol of homiest of home cooked foods.

Making good rasam is tricky, because the recipe is actually quite simple, but practice and patience are key ingredients.

There are several variations to this humble brothy bowl of deliciousness, this version I made today is spiced with cumin, black pepper, turmeric and ginger, which also makes this a miracle cure soup for coughs and colds, simply because of the healing nature of the ingredients used. The tastiest medicine you’ve ever had!

Drink up for some belly warmth! Or if you’re low carb like me, ladle over cauliflower rice, with a drizzle of ghee.

As soon as it comes to a boil, add the chopped tomatoes (I ended up using the cilantro stems as well, which I added at this stage)

Pour in the rest of the measured water and salt. Bring to a boil over high heat.

Simmer at a rolling boil for about 30 minutes.

The tomatoes and tamarind will soften and create a tangy, spiced intense broth. Tomatoes should be fall apart tender.

In a separate non stick pan, toast the measured cumin seeds and black pepper over medium-high heat for 5-6 minutes until golden brown and crispy. Make a dry powder of this; I use a mortar and pestle. You could use a food processor or blender as well.

Add this toasted cumin-pepper powder to the simmering rasam. 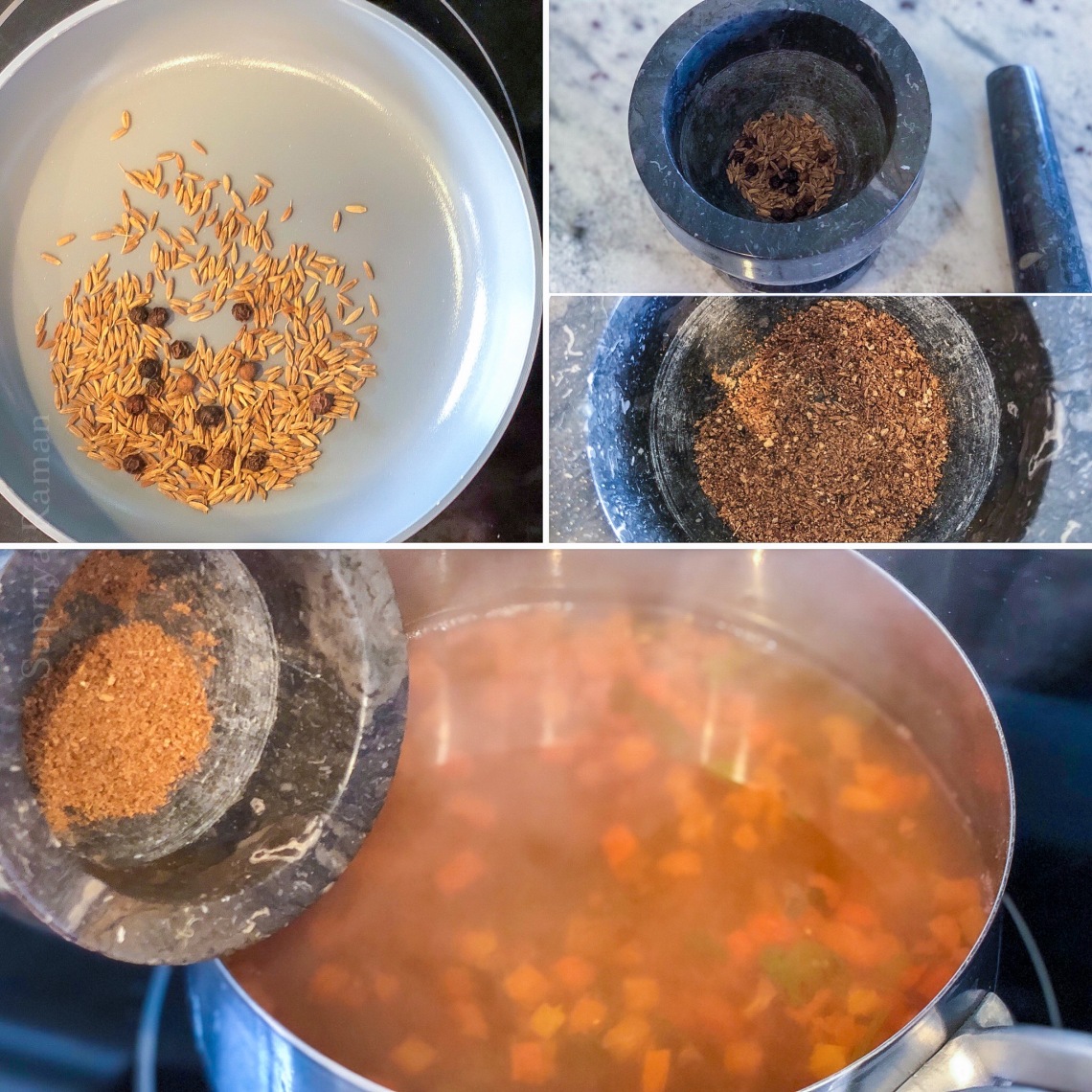 Bring back to a simmer over medium heat for about 10 minutes.

Serve piping hot with a slice of lemon, or squeeze the juice of lemon wedge.

View all posts by Supriya Raman

All pictures and information on Ode2Food are copyrighted and are not to be replicated, published or displayed without the creator's approval. Thank you for visiting Ode2Food.

This work is licensed under a
Creative Commons Attribution-Noncommercial-No Derivative Works 3.0 License.