Lentil/Dal is a common ingredient in the Indian kitchen and an essential source of protein in a vegetarian diet. Of course not to forget, they are basically just delicious.

You will see many references to various kinds of dals in my recipes. As a response,  I have received a few queries over time about the various kinds and their names. This post is a glossary that will hopefully come handy when you go lentil shopping!

‘Lentil’ is a generic term used for one particular family of legumes – also commonly known as ‘Dal’ in Hindi and ‘Paruppu’ in Tamil.  Also in the Legume family are green peas, chick peas, kidney beans, black eyed peas, soy beans and peanuts.

The words Dal and Lentil are interchangeable, but in the US there seems to be a distinction. The most commonly available kind is the green or puy lentil and everything apart from this is called “split peas” or “Dal”.  The problem is there are many varieties of “yellow split peas” or Dal. It is not one universal ingredient. So let’s go on a little trip through Dal Land….

This is the green lentil. 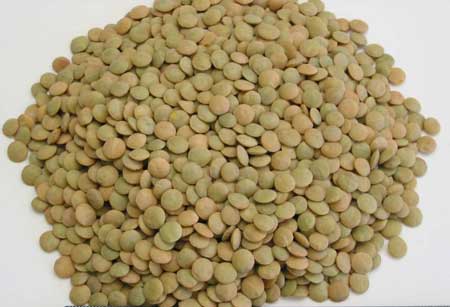 This is probably the most commonly used lentils when you search for recipes. Perfect for soups and even makes a great ingredient for a veggie burger.

Now to the common varieties of Indian Dals-

Indian Dals can be classified into two, whole dals and split dals. Every variety of dal comes in both forms.

The next distinction is yellow, white and pink dals.

There are three common kinds of split yellow dals –

As you probably noticed all three are technically split yellow peas, but have subtle differences in look, yet vast differences in flavor, method of cooking and texture.

Channa dal is the most robust and round – It holds its shape well and is perfect for soups.

Toor dal is shaped similar to the channa dal, but is much thinner and flatter. Commonly used in stews and curries. Also typically cooked soft and used to thicken stews.

Moong dal  is petite, flat. Much smaller even than the toor dal, more oval shaped. It is quite delicate and cooks very easily. Usually hard to make this hold its shape, purees easily.

Another variety of Moong is in its whole form. It is green in color because of the husk around it. When you split it open, you will see the yellow lentil inside. Commonly used to make a savory batter for a common Indian breakfast pancake called Pesarattu. It can also be treated like chickpeas or kidney beans, where you soak it overnight and cook in water the next day sauteed with onions, spices etc. 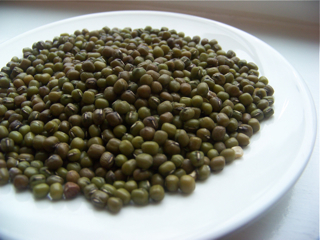 The next kind is the white dal. Available commonly as split or whole dal. 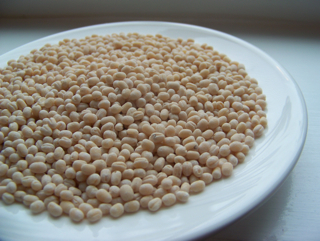 The split variety is commonly roasted in oil and used as garnish because it adds a nutty crispy bite to dishes. (look up recipes from my ingredient list).  Another use is to soak it in water and blend it to make a savory batter for a particular type of south indian fritters called Vadai.

And lastly the pink dal – 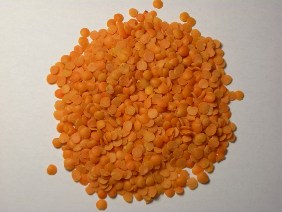 While the masoor is whole, it has a greenish/brown skin. But for cooking, we often use the split masoor pink kind. When cooked it resembles the moong in texture and color.

These are pretty much most commonly used dals you will find in most vegetarian/Indian cooking. Please feel free to comment or contact me with any questions.

View all posts by Supriya Raman

All pictures and information on Ode2Food are copyrighted and are not to be replicated, published or displayed without the creator's approval. Thank you for visiting Ode2Food.

This work is licensed under a
Creative Commons Attribution-Noncommercial-No Derivative Works 3.0 License.